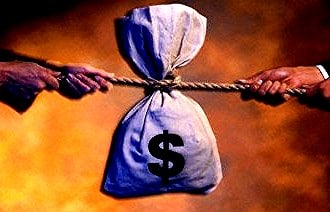 What happens when the in-laws insist their gift should be repaid? Here is a scenario that we are seeing a little more of lately: With the way property prices are increasing quite often one partners parents give money to assist with the purchase of property. Quite often at the time the money is advanced parents will state that their child would have inherited the money anyway, so they may as well have it now so the couple can get onto the property ladder (in effect, treating it as a gift).  However, when the couple separate the in-laws will state that the amount was a loan that needs to be repaid when the couple sell the house.  What are your rights and how do you resolve this? If there is no legal agreement in place, proving that the funds were a gift can problematic. In some circumstances one or both of the parties can elect to prevent the sale of the home until an agreement is reached on how the sale proceeds will be divided.  In some cases, agreement is not reached, and Court proceedings are issued, if this occurs the process can delay the division of property significantly depending on the Court’s availability.

When the Judge looks at the case, they will consider the in-law’s intentions at the time the funds were advanced rather than the couple’s interpretation of how they viewed the advance.  Quite often the banks will ask the parents to sign a Gifting Certificate which can complicate this.  The parents should not sign a Gifting Certificate for their child’s bank and then also sign a private loan agreement between the parents and the couple (but we are aware that this happens).  We are also aware of situations where the parents have signed a Gifting Certificate and have a private verbal agreement between themselves that treats the advance like a loan. Some of the matters considered by the Courts when trying to resolve this issue are:

If the matter proceeds to a Court hearing you will need to be mindful of legal costs.  If the Judge decides that the money is a loan, and you are arguing that it was a gift then it is likely that you may be liable to pay some of your in-law’s legal costs. Going to Court is a stressful process and you will not be able to move on with your life until the Court has determined the case.  For this reason, it is best if you can resolve the matter between yourselves if possible. You will need to collect the evidence such as emails etc… that record any of the details and perhaps write down the conversations that you recall. Our advice is that if you are going to provide financial assistance to your children you should document the details as accurately as possible so there is a clear understanding whether it is a gift or a loan. If the bank requires a Gifting Certificate, and the reality is that the money being advanced is in fact a loan, we strongly urge you to take advice to avoid putting yourself in a difficult position (with both the bank and your children). The consequences of getting this wrong can be significant. If you would like to discuss this issue, please use our free 30 minute consultation and book a time with Shannon Norling or email shannon@corelegal.co.nz.